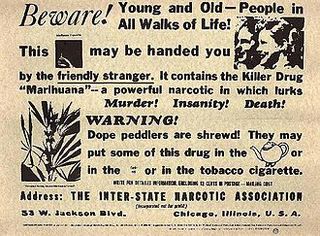 Every day, the media brings more stories about the benefits of marijuana. Impressive, convincing, and encouraging. Almost every day, my practice brings a different story—about the serious disorder of depersonalization and derealization that occurs after using marijuana. Life-breaking, painful, and disturbing. Should marijuana, then, be blamed for depersonalization-derealization?

But at the same time, my practice occasionally brings opposite stories—about easing the burden of chronic depersonalization after using marijuana. Should marijuana, then, be recognized as an aid in coping with depersonalization?

The ongoing cannabis revolution has transformed the label of marijuana from an “illegal, forbidden, potentially dangerous drug” into a “fashionable, all-natural wellness enhancer” and has made it widely available around the globe. Patients, their families, and friends wonder: Is marijuana “bad,” and does its legalization, along with aggressive marketing, increase the risk of depersonalization? Or is marijuana “good,” and does its legalization offer the possibility of relief from the burden of depersonalization?

Depersonalization is both less known and more peculiar than depression, anxiety, or obsession, which occasionally occur in connection with marijuana. A person with depression looks sad. With anxiety—worried. With obsession—preoccupied.

The Disorder of Depersonalization-Derealization is one of the most murky, painful, and treatment-resistant psychological ailments. Its core is a feeling of a strange, disturbing change in the self and the surrounding world. The main characteristic of this change is unreality.

A person behaves and is perceived by others as normal, whereas inside, she feels like a “lost, non-existent shadow.” The language created to convey “real reality” fails to express the “as if unreality.” Attempts to use metaphors often do not provide understanding, but instead, deepen “isolation inside of the bubble of unreality.”

In some cases, depersonalization occurs after the very first intake of marijuana. In others, it takes months or years of consuming weed. Sometimes, full-blown depersonalization appears as an exacerbation of previous fleeting “flashes of unreality” experienced after former marijuana usage.

The clinical manifestation of depersonalization-derealization often comes as a “mental crash” that can end up in the emergency room. This shocking experience usually ends the consumption of marijuana. Fear and aversion toward the substance dominate. Many are concerned about the damaging consequences.

As depersonalization-derealization develops, the attitude toward marijuana fluctuates. Depersonalization rarely resolves itself or reduces with treatment. Unfortunately, the disorder often takes a debilitating chronic course harmful for professional activity, personal relationships, and emotional well-being: “The burden of depersonalization keeps my entire life on hold.” Patients long for any aid that relieves their burden and gives them their life back.

The first attitude is illustrated by what I call the “Freshman Syndrome.” John, a handsome and bright Boy Scout, the leader of his high school debate team, with the highest scores on all of his AP tests, is accepted to an Ivy League college. He and his family are beyond happy.

A few weeks after school begins, stressed by the challenges of college, he seeks relaxation in his first joint. Suddenly, “I feel as if reality crashed, and the world is removed. I feel I have lost my own self and am watching myself from the outside.” Panicking that he is “going crazy,” he rushes to the Emergency Room. In a few hours, he is released with the diagnosis of a panic attack.

His anxiety is diminished, but the unreality remains. He cannot think or go to class. Arriving for the festivities of their first College Family Weekend, his parents are shocked by his “strange illness.” His dreams have crashed. He and his parents are upset and angry. They blame marijuana for “destroying his entire life.”

John also blames himself, questioning if the pain of depersonalization comes as a punishment for his “wrong behavior.” He accuses himself of being a “bad son” who “puts down” his parents. John saw many physicians of different specialties and tried various prescribed medications. Everything that he and his family learn about his disorder makes them see the potentially dangerous role of marijuana as a trigger of depersonalization.

The second, opposite attitude towards marijuana is exemplified in the story of Tom, a coy and timid digital prodigy. He had been using marijuana for some years before his depersonalization began. Marijuana helps him relax and brings an emotional spark to his life: “It melts away my insecurity, turning me into an easy-going dude, eager to joke and flirt.”

But then “just another joint” is followed by full-blown depersonalization. Right after that “shock of losing myself,” Tom ceases to use marijuana. “I no longer trusted weed; instead, I was afraid of it.”

Anxiously searching the Internet, he diagnoses his depersonalization but feels too ashamed to talk about it to his family. His primary care provider advises him never to use marijuana. He tries meditation, exercises, and vitamins, but “the suffocating bubble of unreality gets so unbearable that I need some relief right now.”

He thinks about his “old pal”—marijuana—“that used to facilitate my relationship with the world, but it took only one time to break myself and the world around me.”  The exhausting obsessive comparison of the risk of aggravating depersonalization and the hope of getting relief results in a call to a cannabis dispensary to order some marijuana products. Emotional relief comes right away.

Attempts to find an answer to the questions of self and “mind extensions” under marijuana seem to have noticeably increased since its legalization. The situation is reminiscent of the golden era of marijuana and psychedelics nearly half a century ago, with serious efforts by clinicians, scientists, philosophers, and artists to unlock the enigma of consciousness and self. Depersonalization, as a peculiar distortion of self-consciousness, stands at the forefront of research during that period. Infamously, that era ended with the failure to understand consciousness and self with the help of marijuana. However, the current generation of marijuana enthusiasts, vigorously promoted by the powerful cannabis industry, demonstrates energy and optimism to scientifically prove cannabis’ healing properties.

John and Tom take different paths. Each is supported by some relevant facts and reasoning. Each correlates with traditions of dealing with elements that affect physical and mental processes, like alcohol or tobacco. One pole is a rejection of them as toxic, choosing abstinence, and creating groups like Alcoholics Anonymous or Marijuana Anonymous. The opposite pole is acceptance as a special product, appreciating its consumption and with the creation of groups of connoisseurs.

The stories of John and Tom tell how marijuana can affect people’s lives and how they can deal with the aftermath. Knowledge builds a ground for one’s own independent thinking and decision making about one’s own life. As often happens in life, data exist about the potentially harmful impacts of marijuana that provoke depersonalization as well as about the potentially soothing impacts of marijuana, relieving the burden of depersonalization. The legalization of marijuana makes a person freer and so more responsible for finding her or his own answer to this dilemma.