Ginger Baker, the wildly influential and innovative drummer who laid the groundwork for heavy metal and world music and played with everyone from Fela Kuti to John Lydon to Max Roach, died Sunday after a lengthy hospital stay. He was 80.

“We are very sad to say that Ginger has passed away peacefully in hospital this morning. Thank you to everyone for your kind words over the past weeks,” the drummer’s Facebook confirmed Sunday, nearly two weeks after Baker’s family said he was “critically ill” in the hospital.

“Dad passed away peacefully,” his daughter Nettie Baker told CNN in a statement. “He was in no pain and had recently been able to see and speak to his children, close family and special friends.”

Kofi Baker, Ginger’s son and drummer in the tribute band the Music of Cream, added in a statement, “The other day I had a beautiful visit with my dad…we talked about memories and music and he’s happy that I’m keeping his legacy alive. Our relationship was mended and he was in a peaceful place. Thank you all for the kind messages and thoughts. I love my dad and will miss him always.”

In 2016, Rolling Stone placed the Cream co-founder third on its list of the “100 Greatest Drummers of All Time,” writing, “Gifted with immense talent, and cursed with a temper to match, Ginger Baker combined jazz training with a powerful polyrhythmic style in the world’s first, and best, power trio …The London-born drummer introduced showmanship to the rock world with double-kick virtuosity and extended solos.”

One of the most cantankerous and volatile figures in rock history, Baker rarely lasted more than a couple of years with any single band. Cream, his most famous group, dissolved after barely two years. But they packed a lot into that brief period, recording classic songs like “Sunshine of Your Love,” “White Room,” and “Badge” that set the stage for nearly every hard-rock and heavy metal band that followed them into the 1970s.

“I’ve seen where Cream is sort of held responsible for the birth of heavy metal,” Baker said in a typically caustic 2015 interview. “Well, I would definitely go for aborting. I loathe and detest heavy metal. I think it is an abortion. A lot of these guys come up and say, ‘Man, you were my influence; the way you thrashed the drums.’ They don’t seem to understand I was thrashing in order to hear what I was playing. It was anger, not enjoyment — and painful. I suffered onstage because of that [high amplifier] volume crap. I didn’t like it then, and like it even less now.”

Regardless of how Baker felt about his influence, countless hard-rock drummers consider him one of the greatest players in history. “His playing was revolutionary — extrovert, primal, and inventive,” Rush drummer Neil Peart told Rolling Stone in 2009. “He set the bar for what rock drumming could be. I certainly emulated Ginger’s approaches to rhythm — his hard, flat, percussive sound was very innovative. Everyone who came after built on that foundation. Every rock drummer since has been influenced in some way by Ginger — even if they don’t know it.” 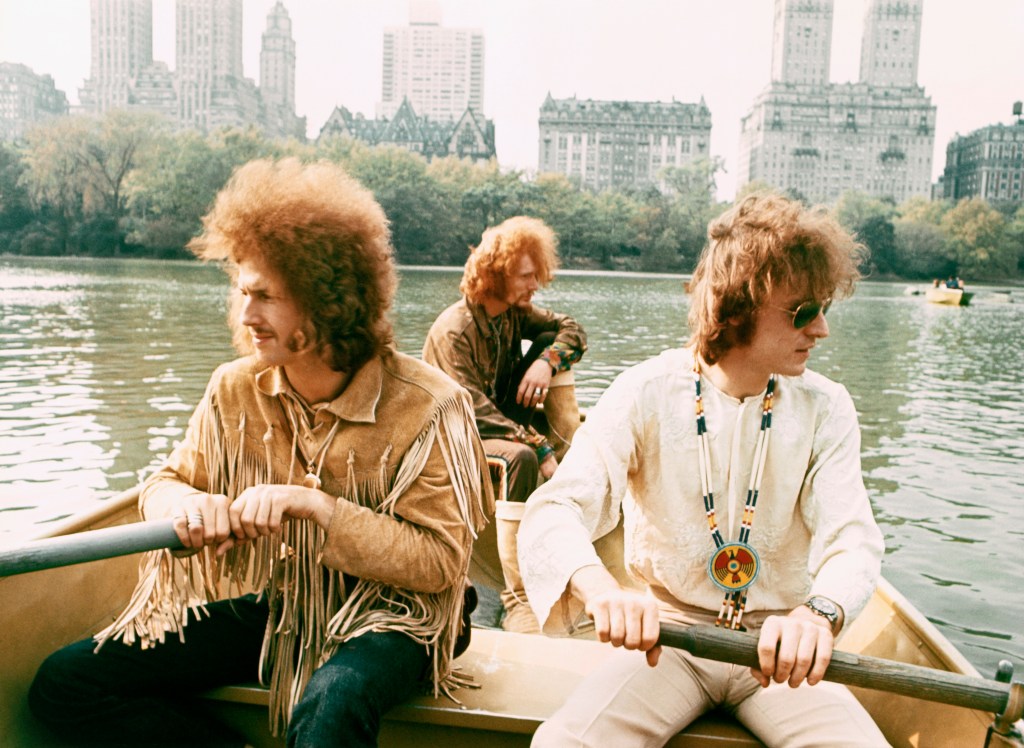 Peter Edward Baker was born on August 19th, 1939, in London. As a child, he dreamed of making his name as a champion cyclist. But after an accident with a taxi left his bike crushed to pieces in 1956, he turned his attention to drums, where he quickly found he had incredible natural talent. Before he was 18, Baker was a mainstay on the Soho jazz scene, playing in British Dixieland-revival groups and absorbing the influence of American bebop masters like Roach, Charlie Parker, and Dizzy Gillespie. By 1962, American R&B was sweeping England, and he got a job in Alexis Korner’s Blues Incorporated with keyboardist Graham Bond and bassist Jack Bruce.

When it became clear the group was going nowhere, Baker, Bond, and Bruce left to form the spinoff band the Graham Bond Organization. The group earned a fiercely devoted following all over England, but internal tensions were tearing it apart. Bond was fighting a heroin addiction, and Baker and Bruce were often fighting each other, with their physical spats sometime breaking out midway through sets. Baker eventually fired Bruce, though fate and their undeniable chemistry would continue to bring them together time and time again.

In 1966, Eric Clapton, fresh out of the Yardbirds, teamed up with Baker and suggested they form a blues-rock trio and bring in Bruce, much to Baker’s chagrin. Considering themselves three of the best players in the British rock scene, they called the group Cream. They were rock’s first supergroup, giving them a huge audience from the get-go. Singles like “Sunshine of Your Love” and “White Room” were all over pop radio, but as the drummer, Baker didn’t receive songwriting credit.

“Cream was doomed three months after it started,” Baker said in 2009. “It was my band, and Jack tried to fire me! I didn’t get any of the writing credits. It will piss me off for the rest of my life.”

Despite his rock bona fides, Baker always insisted that Cream were a jazz band. “Oh, for God’s sake, I’ve never played rock,” he told jazz.fm in 2013. “Cream was two jazz players and a blues guitarist playing improvised music. We never played the same thing two nights running … It was jazz.”

The band called it quits after a pair of farewell shows at London’s Royal Albert Hall in 1968; Clapton formed Blind Faith with Steve Winwood the following year. Clapton had little interest in working with Baker again, but the drummer showed up anyway at their first rehearsals. “Somehow he got wind of what we were doing and had tracked us,” Clapton wrote in his memoir. “Steve’s face lit up when he saw Ginger, while my heart sank.”

Baker’s drumming powered Blind Faith’s incendiary 1969 self-titled debut LP, though the band folded after a quick tour, partially due to Baker’s growing drug problems that were beginning to rub off on Clapton. “I took one look at his eyes and was sure he was back on it,” Clapton wrote. “I felt that I was stepping back into the nightmare that had been part of Cream.” 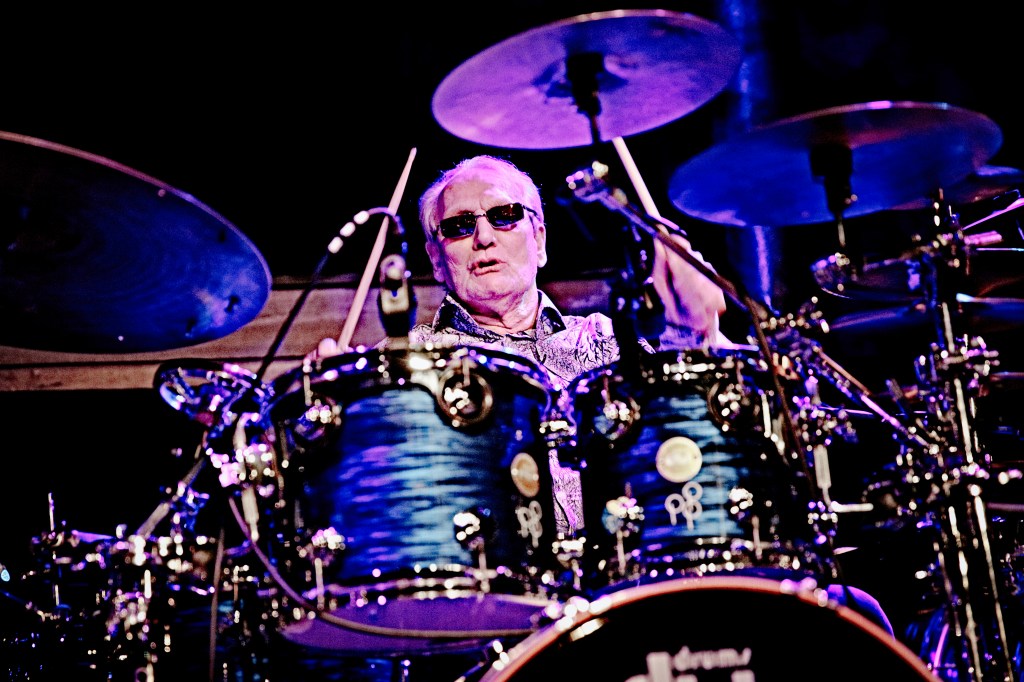 It took watching his good friend Jimi Hendrix die after a debauched night on the town together for Baker to finally kick hard drugs. Feeling he couldn’t pull that off in Europe, he packed up and traveled to Africa, teaming up with Afrobeat legend Fela Kuti for his classic 1971 LP, Live! (“He understands the African beat more than any other Westerner,” Afrobeat co-creator Tony Allen told Rolling Stone in 2016.) Baker developed a lifelong love of polo, but he was far removed from the rock scene — now a huge business thanks to groundbreaking groups like Cream — and he began slowly descending back into severe drug addiction, crippling his career.

Throughout the late 1970s, Eighties, and Nineties, Baker traveled the world, working with nearly anyone who would hire him, constantly struggling to pay the bills and stay sober. He played with Hawkwind, Public Image Ltd, and the hard-rock group Masters of Reality before teaming up with Bruce once again in BBM, a short-lived power trio that also included guitarist Gary Moore. In 1993, Baker was inducted into the Rock & Roll Hall of Fame as part of Cream.

A 2005 Cream reunion tour and subsequent live album earned the group a brief renaissance of sorts, though the reunion fell apart after seven shows when old tensions with Bruce resurfaced. By that point, Baker was living on a giant plot of land in South Africa, though the monthly bills, which included maintaining a fleet of polo ponies, were so large he was eventually forced to sell it and move back to London. He returned to the road in his late sixties out of financial necessity, playing jazz clubs around America and Europe. “You have to earn money to live, don’t you?,” he told RS in 2013. “I’m not a super-rich person.”

In 2012, Baker was the subject of the critically acclaimed documentary Beware of Mr. Baker, directed by Jay Bulger off a 2009 feature story he wrote for Rolling Stone. Bulger had lived with Baker in South Africa for the story and would later return to finish the film, which would go on to win the Grand Jury Prize at the South by Southwest Film Festival. (“Some of it is very good and some of it is annoying,” Baker told Rolling Stone of the film in 2013.) Asked if his life had changed following the release of the documentary, the typically terse Baker replied, “No.”

But health problems plagued Baker in recent years. In 2013, he told Rolling Stone about dealing with degenerative osteoarthritis — “I’m on a regimen with a health-service pain management control” — and chronic obstructive pulmonary disease. In 2016, Baker canceled his tour with his band Air Force due to “serious heart problems.” “Just seen doctor,” he wrote on his website. “Big shock… no more gigs for this old drummer… everything is off… of all things I never thought it would be my heart…” He underwent open-heart surgery later that year.

Throughout his career, Baker always insisted that it was his collaborators who informed his playing, regardless of genre. “I’ve never had a style,” Baker said of his drumming philosophy on a 2013 episode of The Jazz Show With Jamie Cullum. “I play to what I hear, so whoever I’m playing with, what they play has a great influence on what I play, because I listen to what people are playing.”